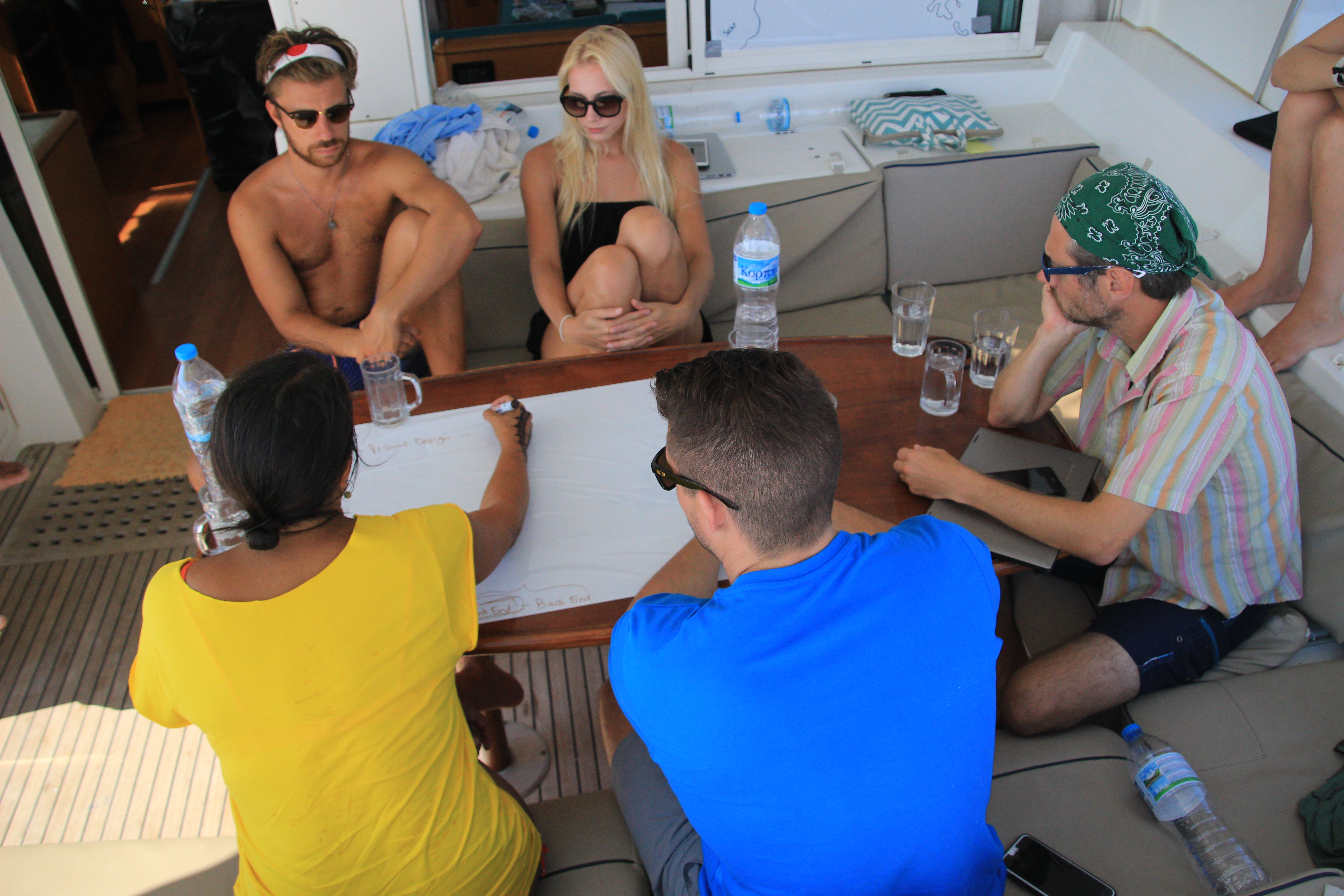 This week was perhaps the most adventurous on this leg. After meeting our two new crew members, a new chef and welcoming Becky back on the boat, the food, souvenir, ice cream and henna frenzy began to make the most of our days in Corfu. 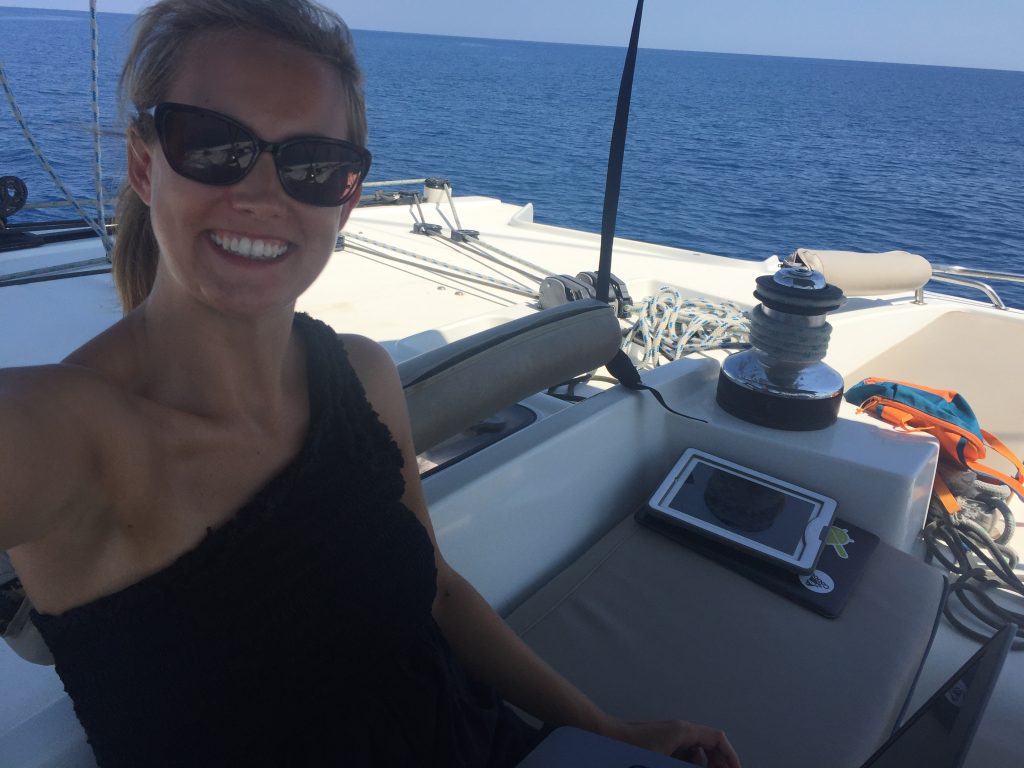 Becky back in her favourite work spot on Coboat, this time joining as a guest 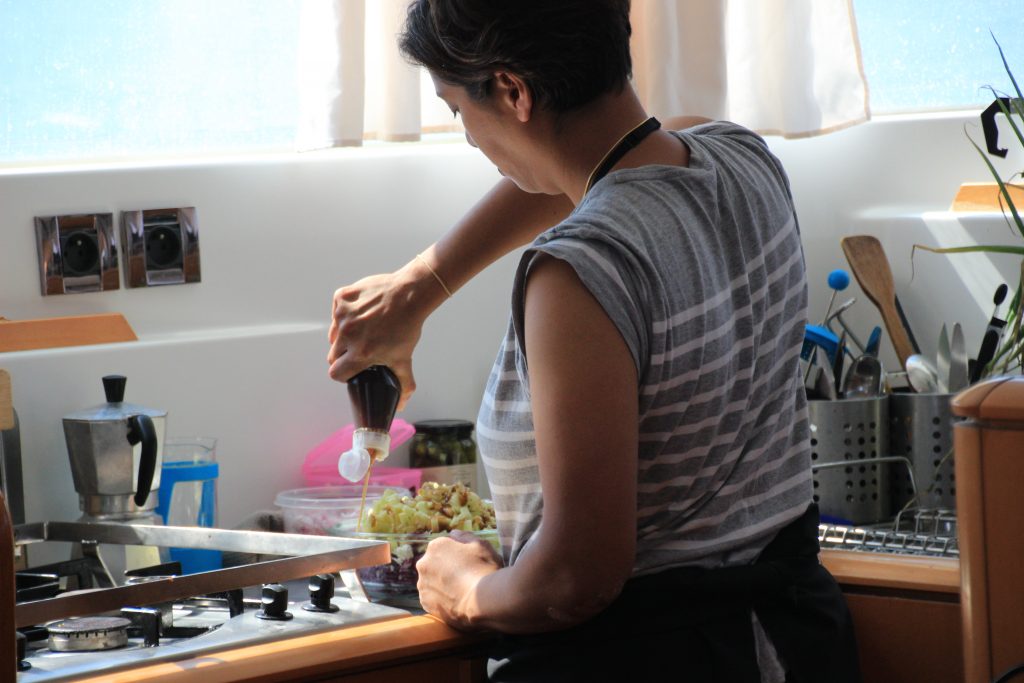 This week we welcomed Jennifer to our chef team

The first of two (and a half) night cruises was very exciting, with crew waking up early to watch the sunrise at 6am. 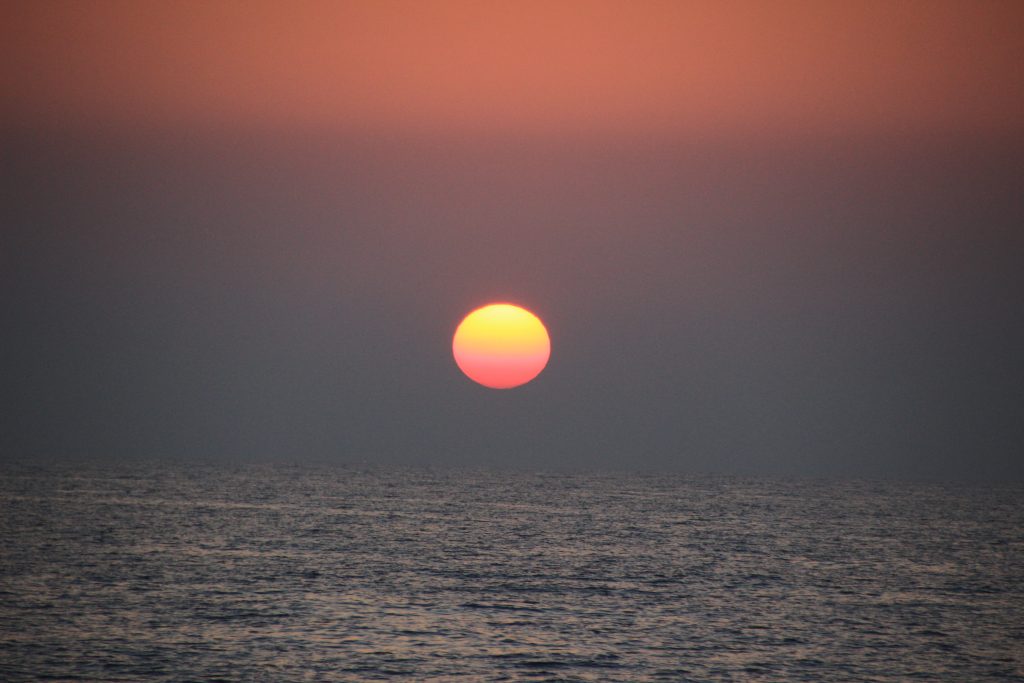 Sunrise after the first night sail

The inevitable traditional flag changing ceremony (fog horn and pouring a sip of alcohol for Neptune) from the Greek flag to the Italian flag was a welcome ­ yet obscure ­ way to rid the boat of the last of the Ouzo. As, unfortunately, the sole of Italy is not too picturesque, it was quickly decided to head into another night sail to get to the Lipari islands. 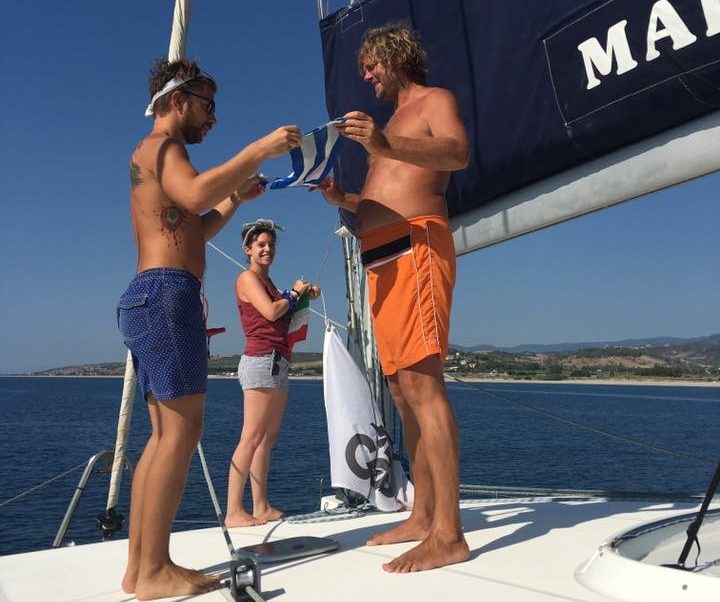 Ceremonious changing of the flag

Throughout the week, we quickly realised that the Coboat community is a magical place to find the most unexpected connections and to get incredible feedback on ideas. Take a look at this video where Shane shares his outcomes from his week on board.

One of the first sessions included crew members presenting their most insane ideas (including a pull­behind­the­boat dishwasher, a late night cake delivery service, warm shower gel and a new dating app which could change the world of dating), which led to great feedback. 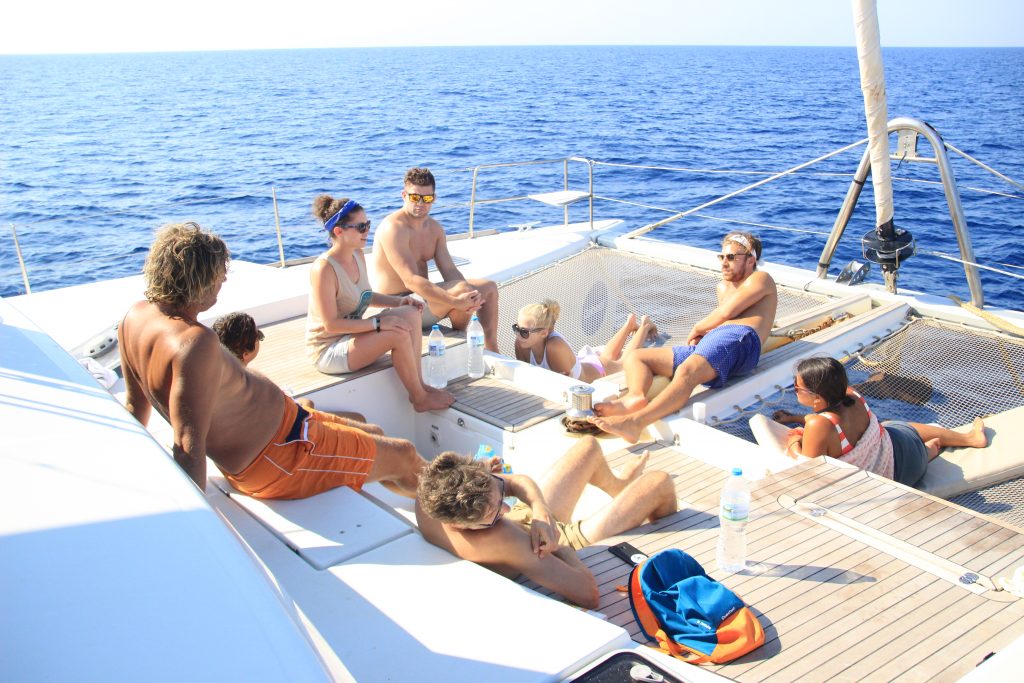 Other sessions included Shane, founder of RedFynn, asking for feedback on his new website and one session entitled ‘Help Becky’, which helped her realise the path in which she might want to take her career. 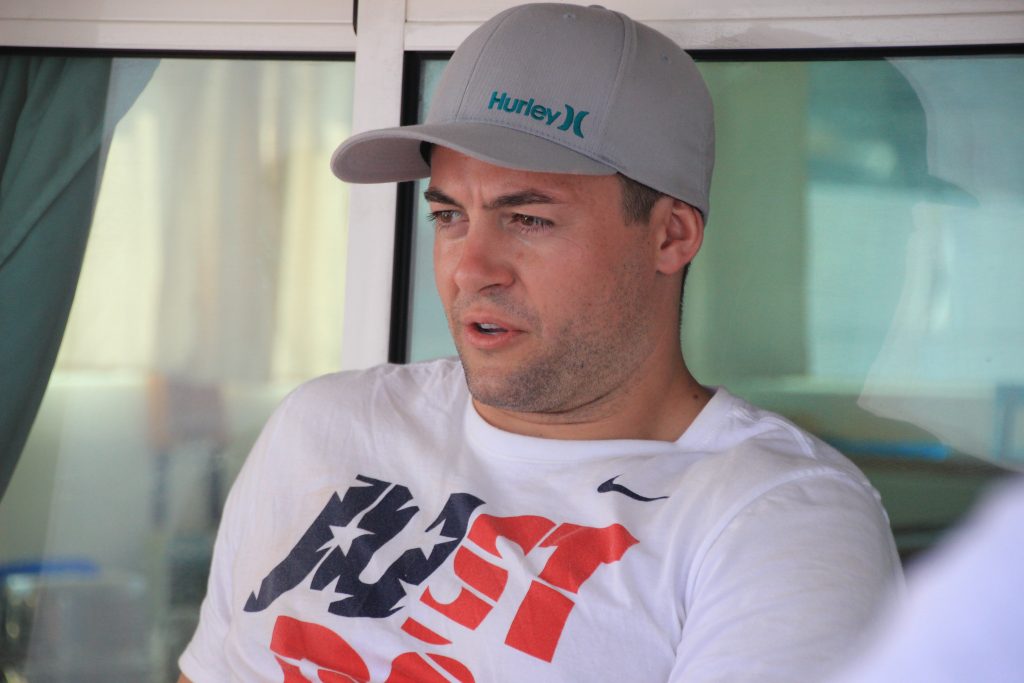 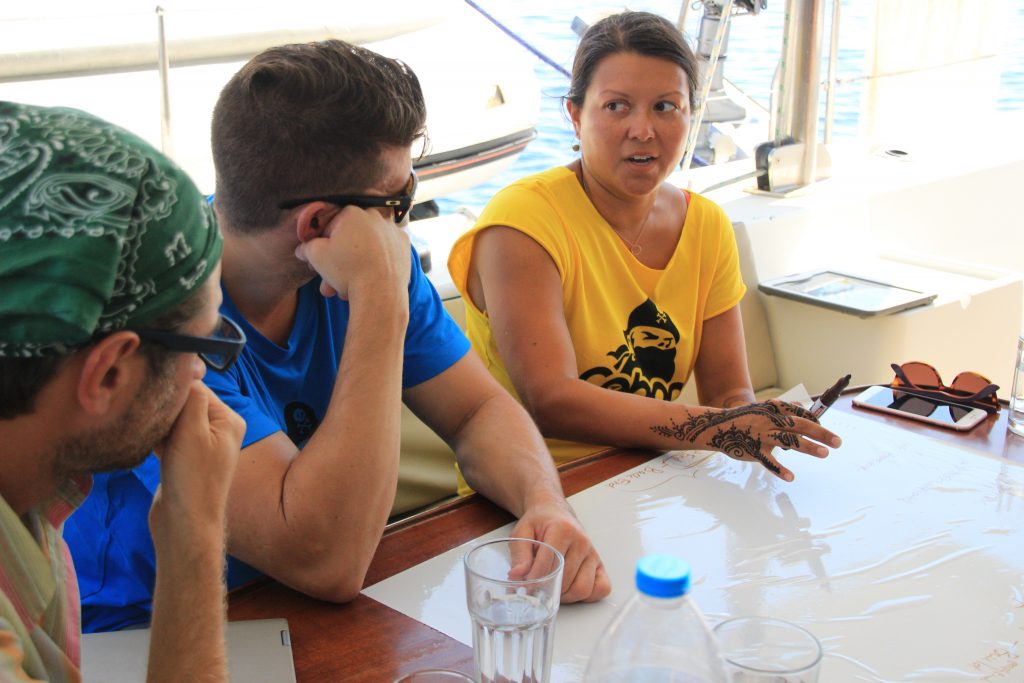 Once Coboat crossed through the Strait of Messina, we reached Stromboli after another night sail. Some brave crew members even climbed the volcano for some late­night eruption­watching. Unsurprisingly, the next day was spent relaxing and catching up on sleep in Panarea, a quick stop before heading to Vulcano for its legendary mud bath. 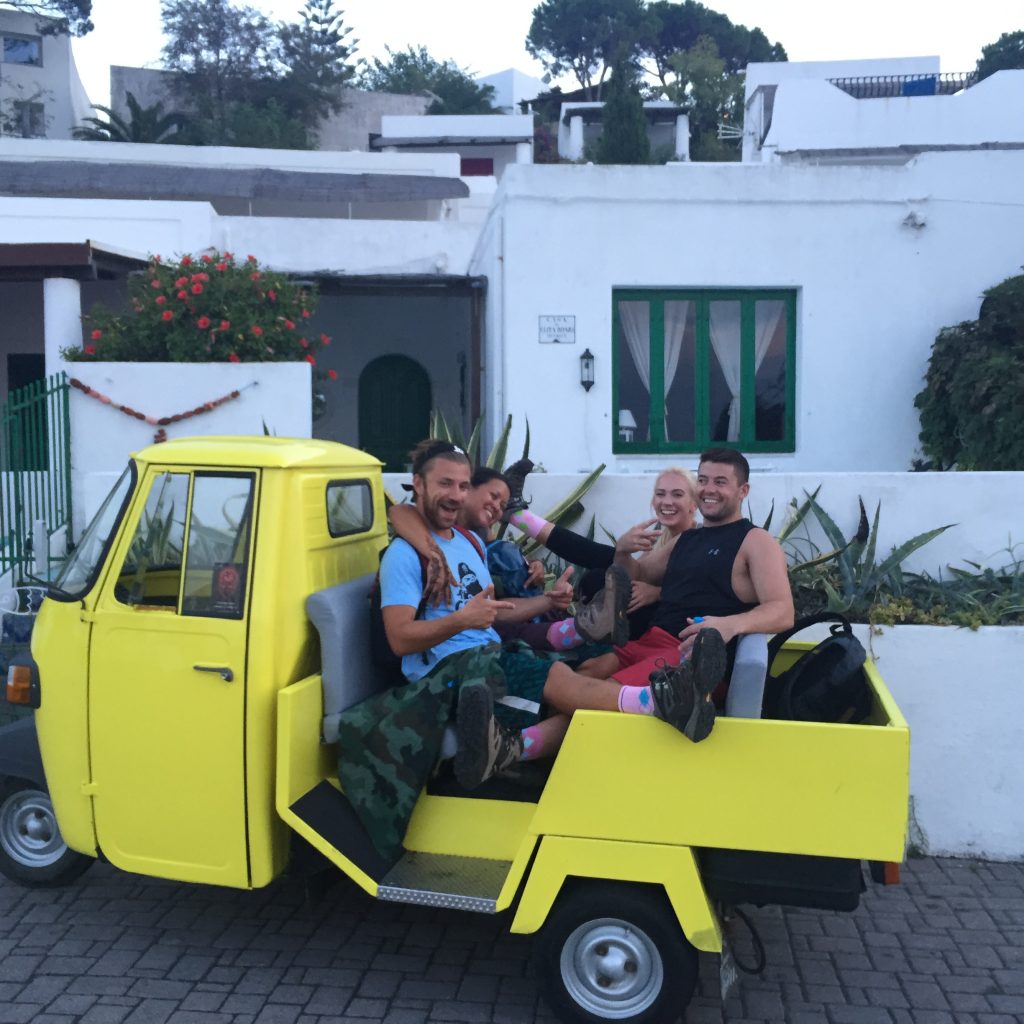 Undoubtedly the best way to travel around Stromboli. Coboaters before their hike up the volcano. (Sorry there is no after photo, just imagine sweaty, broken and tired individuals)

Week 3 of our leg flew by in no time at all and upon reaching Reggio di Calabria on Friday, it felt too soon to say goodbye to Shane and McKenzie. We hope they enjoy the rest of their time in Europe and are looking forward to Week 37 with more of the Lipari Islands and Sicily.

Here Shane shares his outcomes from 1 week on board Coboat.

You just never know who you’ll meet, what you will learn or where a conversation may lead. There are an unpredictable and serendipitous mix of skills and experiences on board which can help with any challenge or idea you may have.