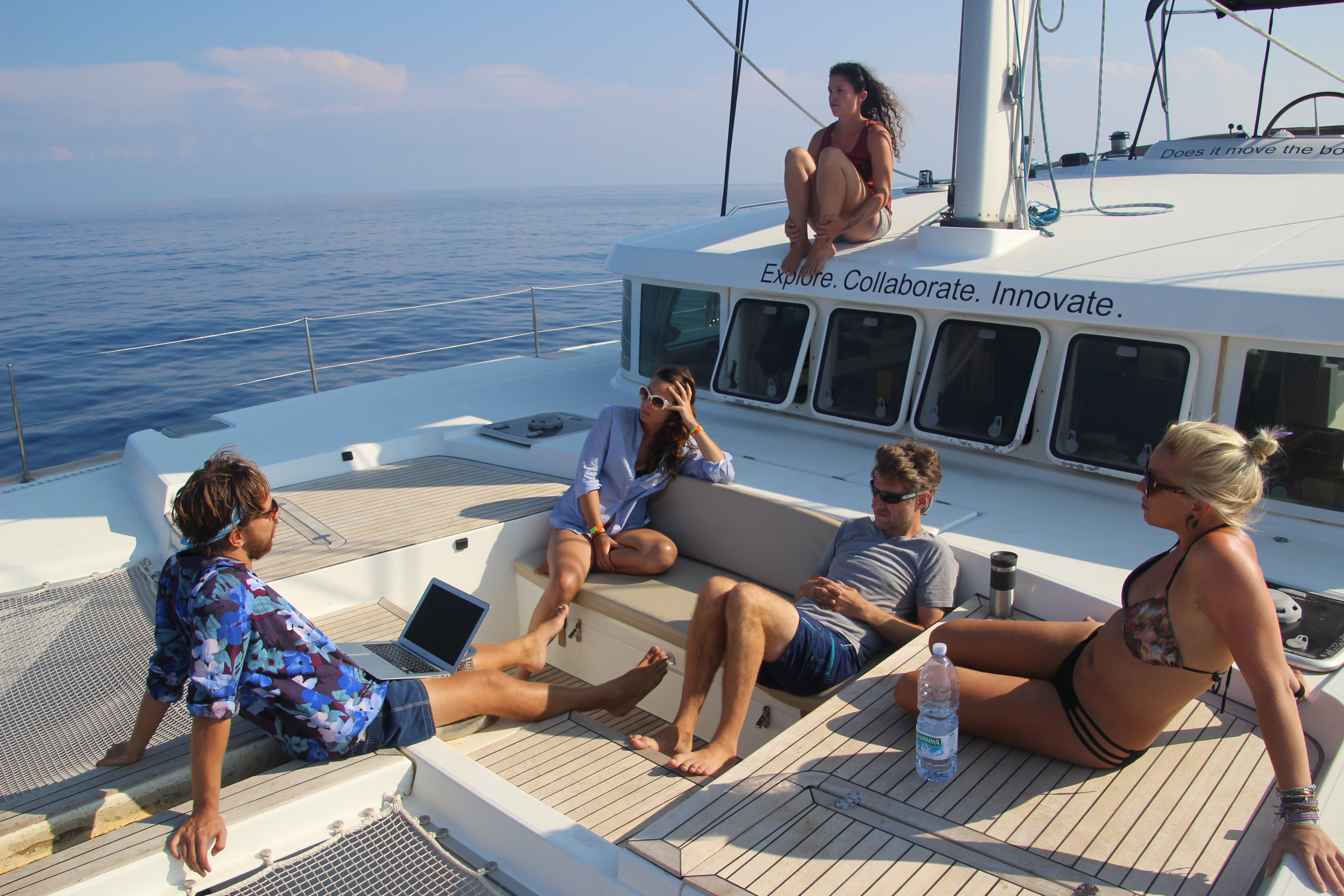 This week two very special guests joined us on Coboat – Kirsty and Avalon from Coworkation! As their mission is very similar to Coboat’s, the week was bound to be full of mission and marketing discussions.

Exploring Milazzo on Saturday, we found a very nice restaurant on top of the town and immediately started the discussions. Emma, one of the crew member from last week, decided to stay for another night to exchange views with the new guests on definitions and found the one that fits her best – semi-location independent!

Sharing experiences of terminology within the coworking movement

Setting off on Sunday back to Vulcano, the new crew members settled into boat life and introduction rounds already led to a very lively discussion about personal and professional challenges.

One of the first sessions throughout the week was our very own chef Jacob’s, who will be launching his eye care software Blynk on the 21st of September from Coboat! This week saw him getting some last feedback and updates before the big day. This week, he also downloaded the software ready to launch so the crew could get a first look at the finished product. 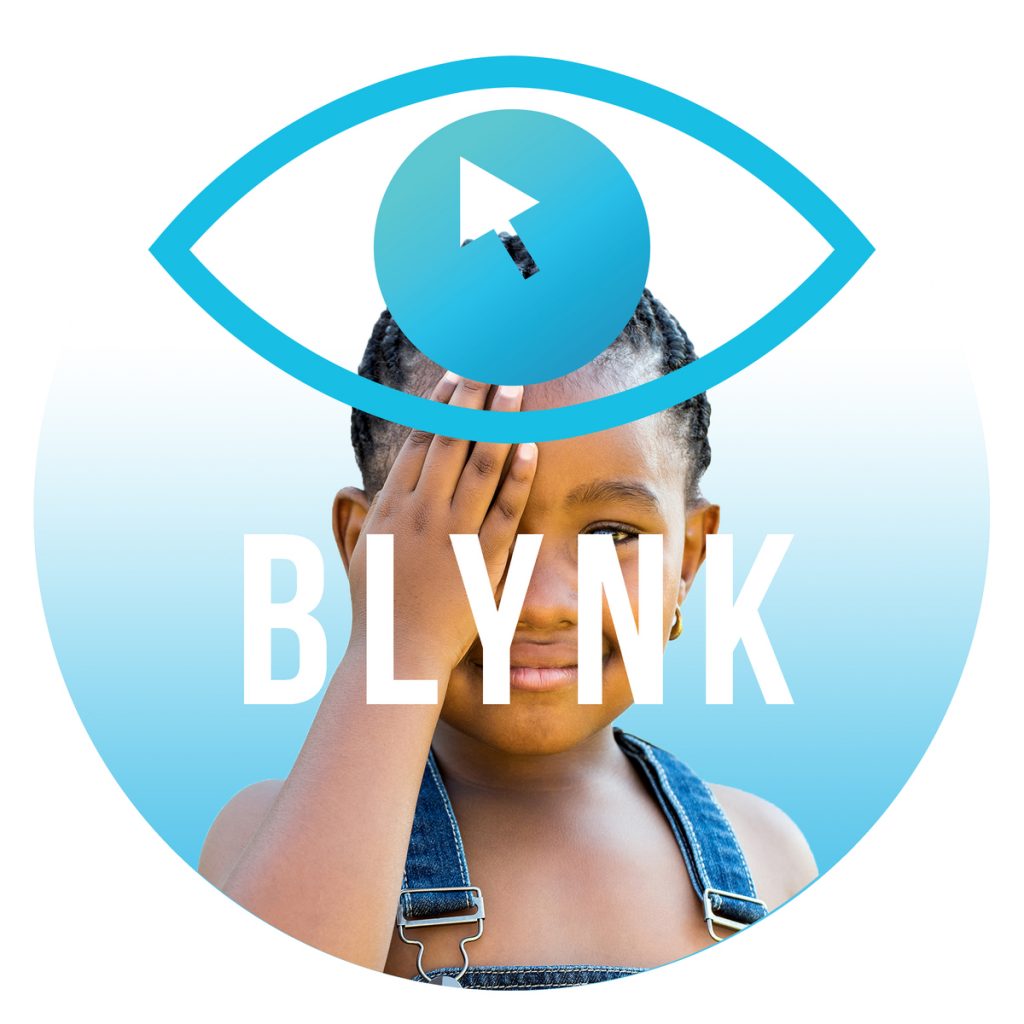 On Wednesday, the Coboat crew took their own advice and took a step back to look at the bigger picture of Coboat to evaluate and re-establish vision and strategy together with Kirsty and Avalon. Topic of conversation was mission drift and how to avoid it during the start up years. It proved to be a very productive, thought provoking few workshops resulting in a number of actions to progress. 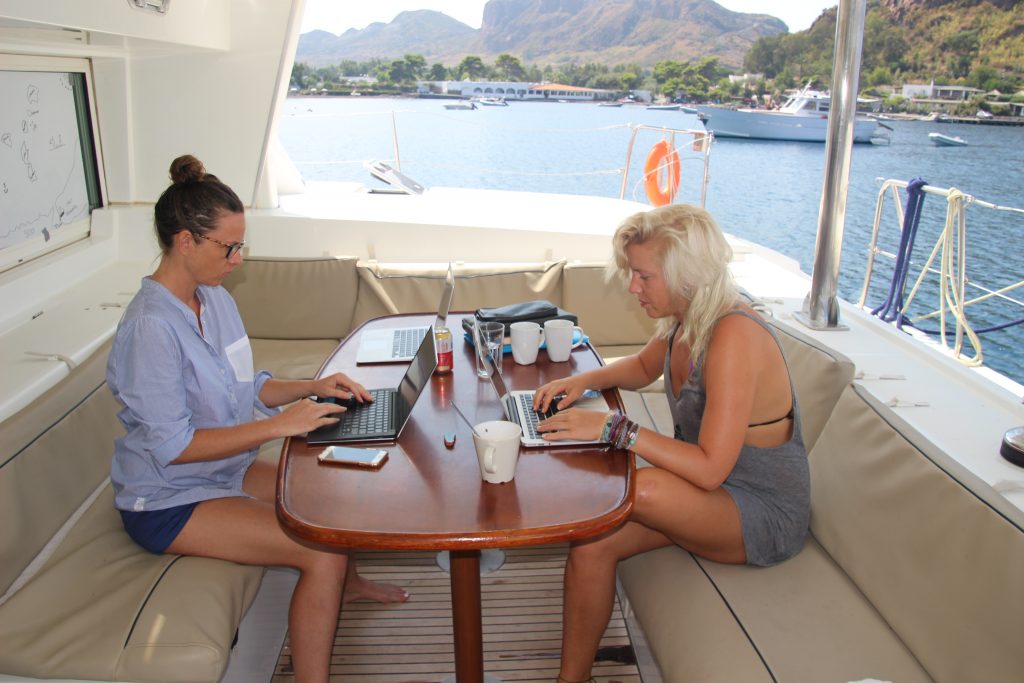 Exploring more of the Lipari islands before finally heading to Palermo, Coboat sailed to Panarea, Salera and Filicudi for more beautiful sunsets, swimming and sailing. One definite highlight was the tuna in Filicudi – a must have to all those travelling in the area.

Thank you to all the crew on board this week and we all hope to see you again soon!