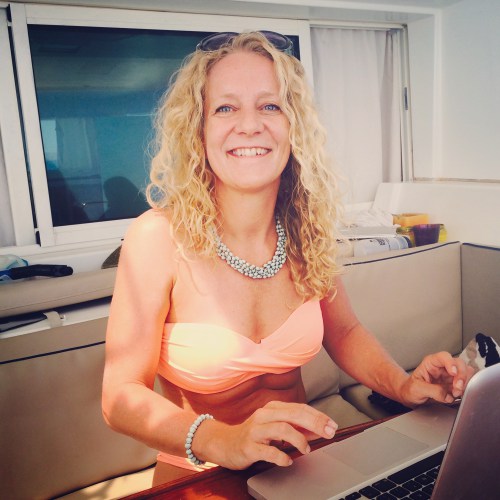 Coworking on the high seas: Sailing with Coboat in Greece

There is not a more intense blue to be found than on the Greek islands in the Aegean Sea, and probably the best way to experience this beauty is by sailing the Cyclades from one island to another. I was blessed to have the opportunity to do exactly this, last Summer, by joining Coboat, a co-working initiative on a sailing boat (a catamaran to be exact) during their pirate beta version in Greece.

Sailing with Coboat has been high on my list for the last few months; I wanted to check out for myself if it would be a suitable place for a company retreat for a start-up. So, when this (last minute) opportunity to join this great initiative came up, I didn’t hesitate for a second and flew from Portugal to Greece, to board the Coboat catamaran in the harbour of Paros.

Who is on board?

With seven guests and three crew members we are on board with ten people in total. The crew consists of Marc the Captain, Becky the Community manager and Jacob the Cook.

The guests are very diverse: there’s Craig, a very smart man who has been working in IT since the early days of email and internet and is currently employed by Google; his lovely wife Heather who works as a nurse; Ian, another nurse turned into nomadic singer-songwriter; Stella, a social entrepreneur who sells jewellery handmade by women in Uganda; Lucinda, a marketer who secretly dreams of selling elbow grease and rhubarb vodka; Sara, a developer and ex-start-up founder; Billy, who flies drones; and me, the Chief Happiness officer.

Despite our diverse backgrounds we all have something in common: we are looking for new business- and networking opportunities, for new ideas and inspiration. And of course we want to have a good time, relax and enjoy the beautiful surroundings and the experience.

Before boarding I was a bit worried; would the group be nice and how it would be to spend a week with complete strangers in such a small place? Luckily I already had two friends on board: I crossed the Atlantic Ocean back and forth with Stella on two digital nomad cruises and we met Ian on the second digital nomad cruise. The others however were all new to me. But it turned out I had nothing to worry about; both the crew and the other guest were the absolute best! 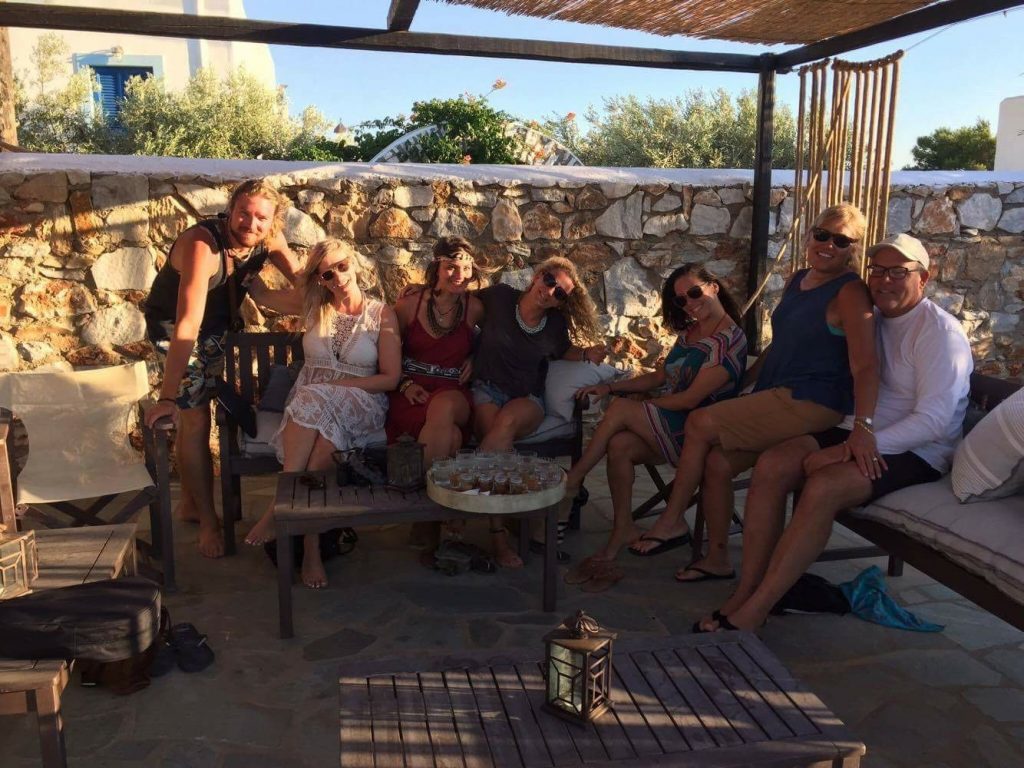 Day to day routine on co-boat

Our days usually started with an early swim, yoga or sleeping in while Jacob prepared breakfast. After breakfast we would have some laptop time, while charging them as well (internet was really good but electricity is limited to the times the generator is on), or we would have a workshop or idea incubator.

After lunch most of us would take some time to relax, read, have a nap or work a bit more. Usually the afternoons were our sailing time as well. The sailing could take up anything between 4-6 hours and the plans changed on a daily basis. As they say on Coboat: it all depends on the wind. During the afternoons I sometimes tried to get some more work done but if it was a bumpy ride I usually ended up sitting on the back of the boat looking at the horizon, the best way not to get seasick.

At the end of they day we would arrive in the bay or harbour of the next island, where we would anchor for the night. That is the moment for a quick swim, after which we usually had aperitifs on the nets while enjoying the sun, talk or do another idea incubator.

Later in the evening we would have dinner; either on board or we would go on land to have a nice Greek dinner in a local restaurant, after which we would go back on board for socialising and enjoying some Greek wine.

During this week on Coboat, we talked, we worked, we ate together, and we laughed together. We bonded and we build such strong connections, and we had so much fun! It was just amazing, and in just a week we became our own co-boat family.

Would Coboat be good for a company retreat?

Absolutely, it would such a good opportunity to build strong connections and to strengthen your team. You are working and living together in a small space, and there is an opportunity to learn about sailing that will help you with your team building even more. If we, a diverse group with almost no previous connections, were already bonding so strongly, imagine what a week on Coboat would do for connecting your start-up team!

A yearly company retreat is a must for any (remote working) start-up. You do need it to build your culture and strengthen your team. Click here to download the full checklist with the 21 elements that build successful start-ups.

I would recommend co-boat for a company retreat combined with a focus on team building and / or strategy planning. For example, I did my connection workshop with this group and by actually focussing on building better connections it adds even more value to the whole experience.

Do keep in mind though that actual laptop time could be limited, both because of the sailing, the electricity and the fact that you want to enjoy the company and the experience. However, there is always the possibility to adjust the itinerary and spend a day on land in a co-working space or in a restaurant with good wifi if you want some productivity time included.

If you want to know more what I can do for you in terms of your company retreat please contact me.

Thank you all guys. Coboat founders Gerald and Karsten for having us. Jacob, for feeding us with your tasty food. Becky, for being my roomie and connecting us. Billy, for the amazing footage. Stella, for just being you and for the photographs. Lucinda, for the chocolate and inspiration, Sara, for the laughs and Ian, for the music. Of course special thanks for Craig and Heather, not only for the wine and the octopus, but for taking such good care of us.

Originally published at pinqconsult.com on October 6, 2016.