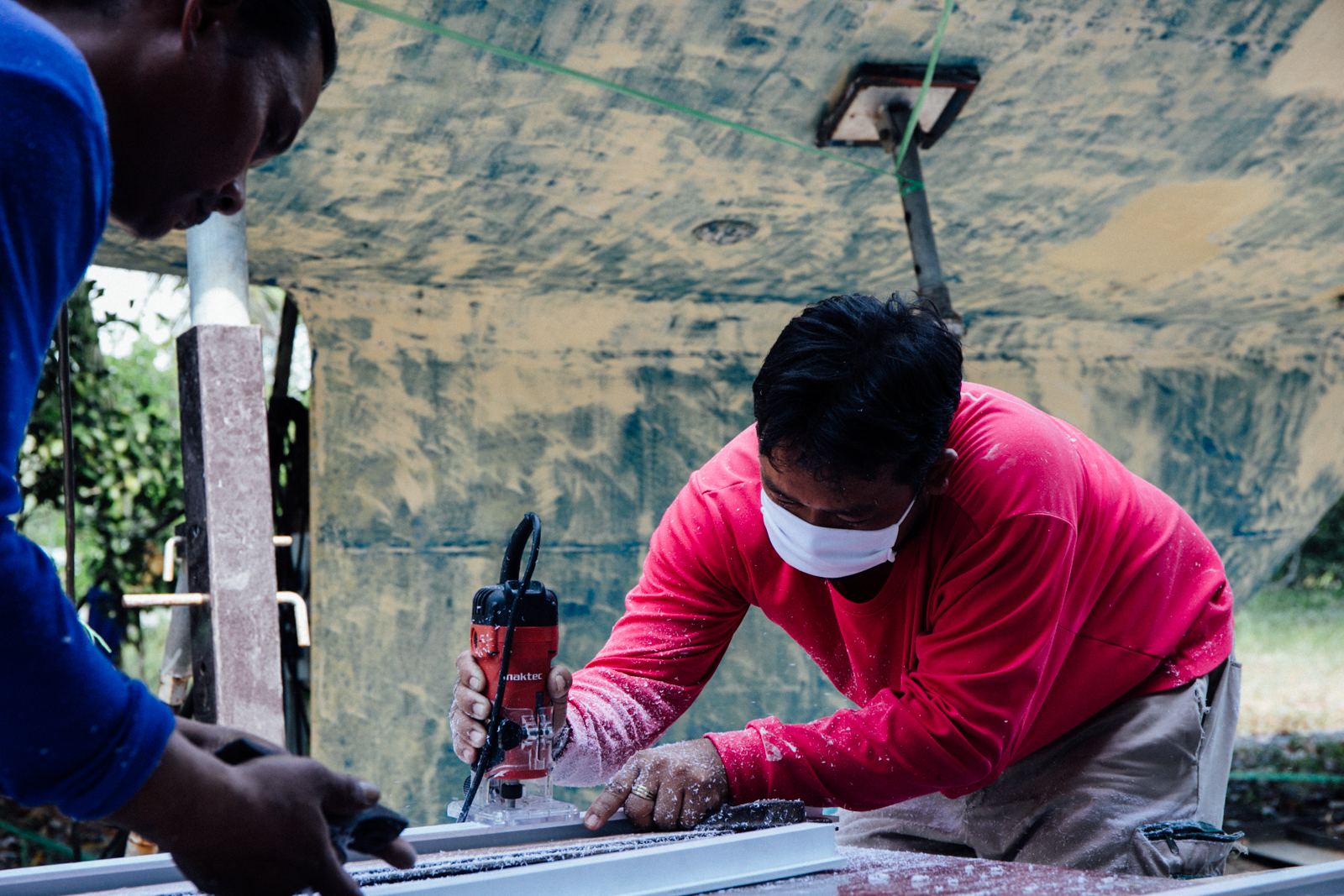 Holes, holes and even more holes Having arrived this week, the team opened the Oceanvolt crates and checked the engine size and components. Four electric engines will be installed instead of the normal two diesel engines. If you are an engine geek and interested in the performance of the electric engines watch this video.

In the meantime holes were drilled in the general vicinity of the engine positions, so Stefan could inspect the hulls and see the actual thickness of the them in that area. He discovered them full of water. So this must be drained and the hulls dried out before the engines can be fitted. Extra holes were drilled near the mount locations for engines to speed up the drying process. Once dried, the fibreglass reinforcement can begin in preparation for the Oceanvolt engines to be installed.

So lots of holes, unexpected flooding and the start of the Oceanvolt journey with Coboat.

In other news all the pumps are out being serviced; six pumps in total both sea and water fresh. The Aft deck expansion has completed and it is now more than 15 sqm bigger, lots of space to dine, gather and do yoga.

What challenges have we faced this week?

Apart from the flooded hulls, Stefan identified areas of damp in the skin of the boat which indicated rotting wood was present. This has been caused by poorly installed railings which meant water has been seeping through over the years. And we didn’t even need to strip the outer layer to see this. That’s what 45 years experience can bring! Grateful to have identified this now.

Next week, testing of the bowsprit area will commence so the scaffolding is going up. The bowsprit is the forward most point of the boat. It holds the anchor equipment and the forestays for the sails. Stefan is using non-destructive ultrasonic testing equipment to test the thickness of the aluminium and assess the stability of the infrastructure. (The destructive version would be to drill a hole but we figured there were enough holes created last week.)

The cabins are next on the list to be completed; eight guest and two crew cabins between two and four two bunks being fitted in each.